After only 4 days of meditation one can notice a difference in attention and cognitive flexibility. By practicing Yoga it’s also possible to decrease markers of stress and inflammation. Yoga, meditation and tai-chi even have the possibility to ‘reverse’ DNA reactions which cause stress, new study suggests. This was recently published in Time magazine. (1)

Meditation to calm the mind

You could start of by doing daily meditation, use for an example an app like Headspace or Calm. There are also free meditation courses online in the podcast section of Spotify. Your meditation does not have to be long, start out with just a few minutes a day. We advice to start by using the free version of headspace to get the basics and than use meditation podcasts from Spotify like Meditation mini’s.

In 2009 psychologists at the University of North Carolina found that even four days of meditation produced significant improvement in attention, memory, vigilance, creativity and cognitive flexibility. “Simply stated” lead researcher Fadel Zeiden explained to Science Daily, “The profound improvements we found after just four days of meditation training are really surprising … They’re comparable to results that have been documented after far more extensive training. “Rather than pulling a caffeinated all nighter to force a eureka insight, or devoting decades to becoming monk, we now know that even a few days’ training in mindfulness can up the odds of a breakthrough considerably. (1)

Yoga to release stress in the body and the mind 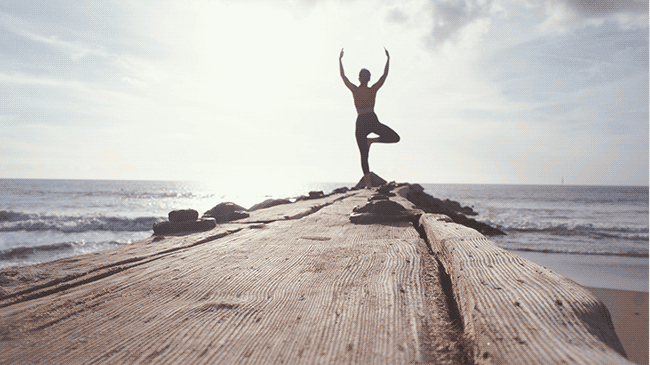 You could try your hands at Yoga.

Choose for yourself what works best for you, but do try to make your meditation practice and yoga into a habit. So it becomes part of your daily routine.

Our product is made with love, but it’s not intended to diagnose, treat, cure or prevent any disease.